By celticinterconnector 9 December 2019 No Comments 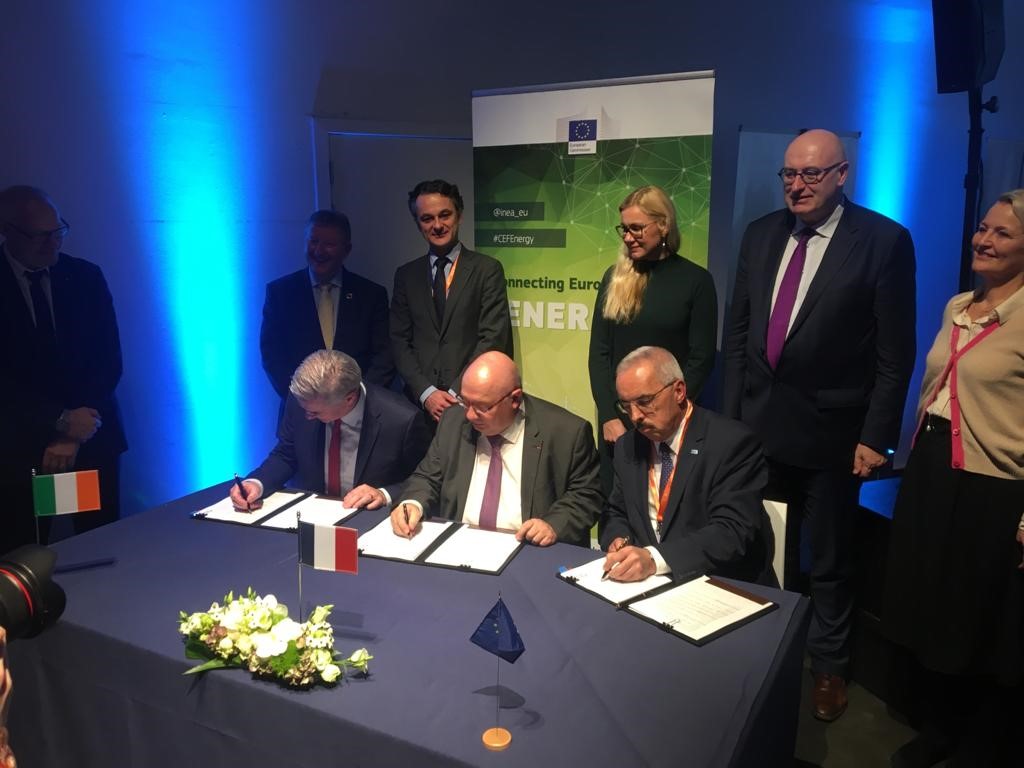 The agreement follows the submission in June of an application for funding under the Commission’s 2019 Connecting Europe Facility (CEF) Energy Programme. The Commission announced in October that the funding application had been successful.
EirGrid and RTE estimate it will cost in the order of €1 billion to build the interconnector which will provide Ireland’s first direct electricity link to Continental Europe. It will be able to import and export up to 700 megawatts of electricity, enough to power 450,000 homes, and will go live in 2026.

François Brottes, chairman of the executive board of RTE, and Mark Foley, chief executive of EirGrid signed today’s agreement on behalf of their respective organisations, which took place at the PCI Energy Days conference in Brussels.

Mark Foley said: “The Celtic Interconnector is a key part of our strategic goal to transform Ireland’s power system. In the coming years we will break new ground in the amount of renewable electricity we manage on the electricity system. Interconnection with France supports this as it makes the power system more resilient and efficient. This added strength will become increasingly important as renewables become the primary energy source on the national grid.”

The interconnector will travel 575 kilometres from East Cork to the north-west coast of Brittany.

The European Commission has designated the Celtic Interconnector a Project of Common Interest (PCI). PCIs are key cross-border projects that link the energy systems of EU countries.