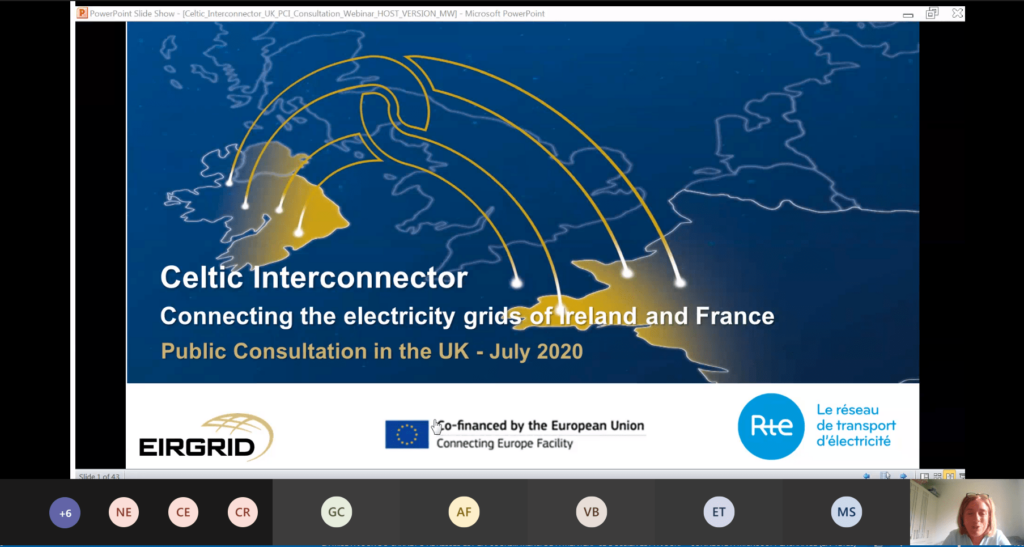 EirGrid and Réseau de Transport d’Electricité (RTE) recently carried out a public information and consultation campaign on the Celtic Interconnector project in the United Kingdom (UK) as part of the Project of Common Interest (PCI) process. The campaign was directed at those potentially interested in the project’s marine cable route, which passes approximately 30 km to the west of the Isles of Scilly and 75 km west of the UK coast, through the UK’s Exclusive Economic Zone (EEZ).

These include fishermen and residents of South West England, in Western Cornwall and the Isles of Scilly, as well as members of the wider general public.

In line with the consultation processes for the project carried out in France and in Ireland, the UK public were invited to inform themselves as to the project particulars as they concern the UK EEZ through participation in a dedicated online forum. This forum closed on the 13 July 2020. It will however remain available to view until the 13 October 2020. A webinar was also held on the 9 July 2020 for key invited UK stakeholders. A complete report on consultation activity in the UK will be made available in September 2020.

For more information on the public consultation associated with PCI process in the UK please see the Concept for Public Participation proposed by EirGrid and RTE, which has been approved by the Marine Management Organisation (MMO) as the UK Competent Authority for PCI projects.

The Celtic Interconnector is an electrical link that will facilitate the movement of power between Ireland and France. It is a joint development between the Irish grid operator EirGrid and RTE the French electricity transmission system operator.

For more information on the project and the subsea electricity cable route off the coast of the UK please see the Celtic Interconnector PCI Brochure for UK Stakeholders.